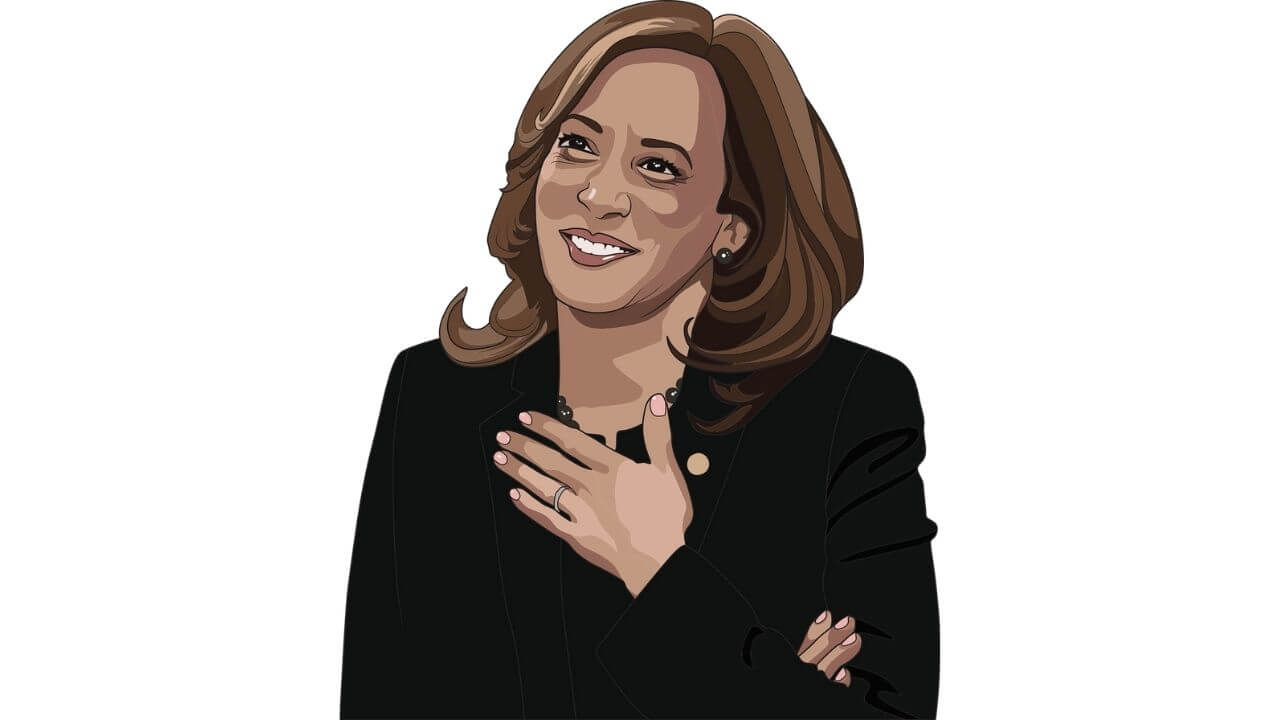 1. “Even in dark times, we not only dream, we do. We not only see what has been, we see what can be.” – Kamala Harris

2. “We are bold, fearless, and ambitious. We are undaunted in our belief that we shall overcome, that we will rise up.” – Kamala Harris

3. “There will be people who say to you, ‘You are out of your lane’. They are burdened by only having the capacity to see what has always been instead of what can be. But don’t you let that burden you.” – Kamala Harris

5. “If anyone ever gets in your way and tells you to not follow your dreams — be it because of your age, gender, what you look like or where you come from — don’t listen. Do not be burdened by what has been when you can create what should be.” – Kamala Harris

6. “Dream with ambition, lead with conviction and see yourselves in a way that others may not simply because they’ve never seen it before … ” – Kamala Harris

7. “My mother had a saying: ‘Kamala, you may be the first to do many things, but make sure you’re not the last.” – Kamala Harris

8. “The American dream belongs to all of us.” – Kamala Harris

9. “Our unity is our strength, and our diversity is our power. We reject the myth of “us” vs. “them.” We are in this together.” – Kamala Harris

10. “Imperfect though we may be, I believe we are a great country.” – Kamala Harris

11. “What makes us great is our democratic institutions that protect our fundamental ideals – freedom of religion and the rule of law, protection from discrimination based on national origin, freedom of the press, and a 200-year history as a nation built by immigrants.” – Kamala Harris

13. “Everyone’s perspective of themselves and others is based on the limitations of their exposure.” – Kamala Harris

14. “I was raised to be an independent woman, not a victim of anything.” – Kamala Harris

15. “The truth is that the vast majority of Americans are good, fair, and just, and they want their country to reflect those ideals.” – Kamala Harris

16. “No woman should be told she can’t make her own decisions about her body. If women’s reproductive rights come under attack, I will be standing up for women.” – Kamala Harris

18. Surround yourself with really good friends. Have people around you who cheer you on, and applaud you, and support you, and are honest with you, and tell you, you know, when your breath stinks.

19. “Optimism is the fuel driving every fight I’ve been in … The motivation comes from believing in what can be unburdened by what has been.” – Kamala Harris

20. “In order to have hope, one must first speak truth.” – Kamala Harris

22. “Our democracy is at its strongest and most powerful when everyone participates.” – Kamala Harris

23. “What’s important for my daughter to know is that… if you are fortunate to have opportunity, it is your duty to make sure other people have those opportunities as well.” – Kamala Harris

24. “When you expand your ability to see, you understand that there are a lot of false choices being offered.” – Kamala Harris

26. “I am not perfect. But I will always speak with decency and moral clarity and treat all people with dignity and respect. I will lead with integrity. I will speak the truth.” – Kamala Harris

28. “There is nothing more powerful than a group of sisters … standing up for what we know is right.” – Kamala Harris

29. “You marched and organised for equality and justice. For our lives, and for our planet. And then you voted. You delivered a clear message. You chose hope, unity, decency, science and yes, truth.” – Kamala Harris

30. “My mantra about everything that has to do with public policy is: identify and reject the false choice.” – Kamala Harris 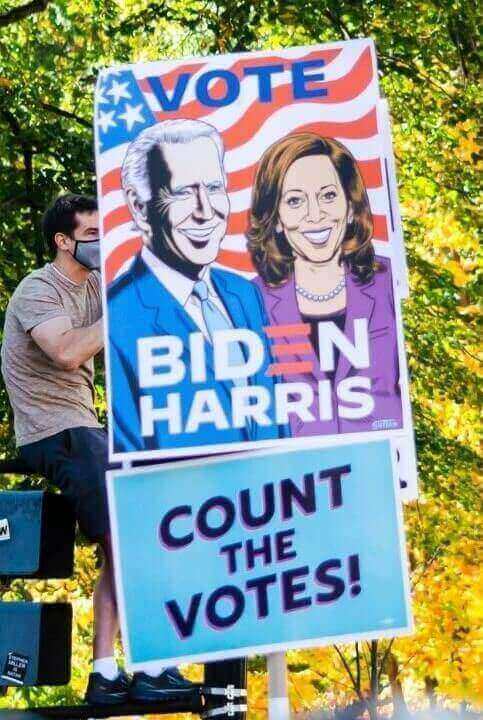 31. “If we do not lift up women and families, everyone will fall short.” – Kamala Harris

32. “Anyone who claims to be a leader must speak like a leader. That means speaking with integrity and truth.” – Kamala Harris

33. “Women have authority to make decisions about their own lives and their own bodies.” – Kamala Harris

34. “You got to take care of yourself. If I exercise or I eat proper foods, am I indulging myself? That’s called feeding your body.” – Kamala Harris

35. “A patriot is not someone who condones the conduct of our country whatever it does. It is someone who fights every day for the ideals of the country, whatever it takes.” – Kamala Harris

36. “To the children of our country, regardless of your gender, our country has sent you a clear message: Dream with ambition, lead with conviction, and see yourself in a way that others might not see you, simply because they’ve never seen it before. And we will applaud you every step of the way.” – Kamala Harris

37. “I believe that a child going without an education is a crime.” – Kamala Harris

38. “Let’s speak the truth: People are protesting because Black people have been treated as less than human in America. Because our country has never fully addressed the systemic racism that has plagued our country since its earliest days. It is the duty of every American to fix. No longer can some wait on the sidelines, hoping for incremental change. In times like this, silence is complicity.” – Kamala Harris

40. “If we’re not in the room, we need to speak louder, shout if we have to … because everyone benefits when we are heard.” – Kamala Harris

41. “Don’t give up – our country needs you now more than ever. This is a pivotal moment in the history of our country: Our ideals are at stake, and we all have to fight for who we are. We are all, and should be treated as, equals, but the disparity in terms of income and inequality, for women and women of color, is significant.” – Kamala Harris

42. “I work out every morning. Only half an hour. I get on the treadmill. That’s it. Every morning, I don’t care what time. It gets your blood flowing. It gets your adrenaline flowing. I believe in eating well. It’s not fanatical. Eat good food. Make sure you’ve got good vegetables.” – Kamala Harris

43. “America’s democracy is not guaranteed. It is only as strong as our willingness to fight for it. To guard it, and never take it for granted and protecting our democracy takes struggle. It takes sacrifice. But there is joy in it. And there is progress. Because we the people have the power to build a better future.” – Kamala Harris

44. “What I want young women and girls to know is: You are powerful and your voice matters.”

45. “Women who fought and sacrificed so much for equality and liberty and justice for all, including black women who are often too often overlooked but so often prove they are the backbone of our democracy.” – Kamala Harris

46. “I often advocate that we look at many sides of an issue, walk in someone else’s shoes, and identify and reject false choices.” – Kamala Harris

47. “If you want to deal with an epidemic – crime or health – the smartest and most effective and cheapest way to deal with it is prevention first.” – Kamala Harris

48. “There is not a black man I know, be he a relative, a friend, or a coworker who has not been the subject of some form of profiling or discrimination. Growing up my sister and I had to deal with the neighbor who told us her parents said couldn’t play with us because we were Black.” – Kamala Harris

49. “People of every age and color and creed who are finally declaring in one voice Black Lives Matter.” – Kamala Harris

50. “Respect the names that people are given and use those names with respect.” – Kamala Harris

51. “My parents met when they were active in the Civil Rights Movement.  I am a daughter of that movement.  I grew up knowing about the disparities, inequities, and unfairness in the criminal justice system.” – Kamala Harris

52. “My mother would tell us, ‘Don’t just sit around and complain about things. Do something.” – Kamala Harris

54. “While I may be the first woman in this office, I will not be the last, because every little girl watching tonight sees that this is a country of possibilities.” – Kamala Harris